Getting our Feet Wet in Sponsoring 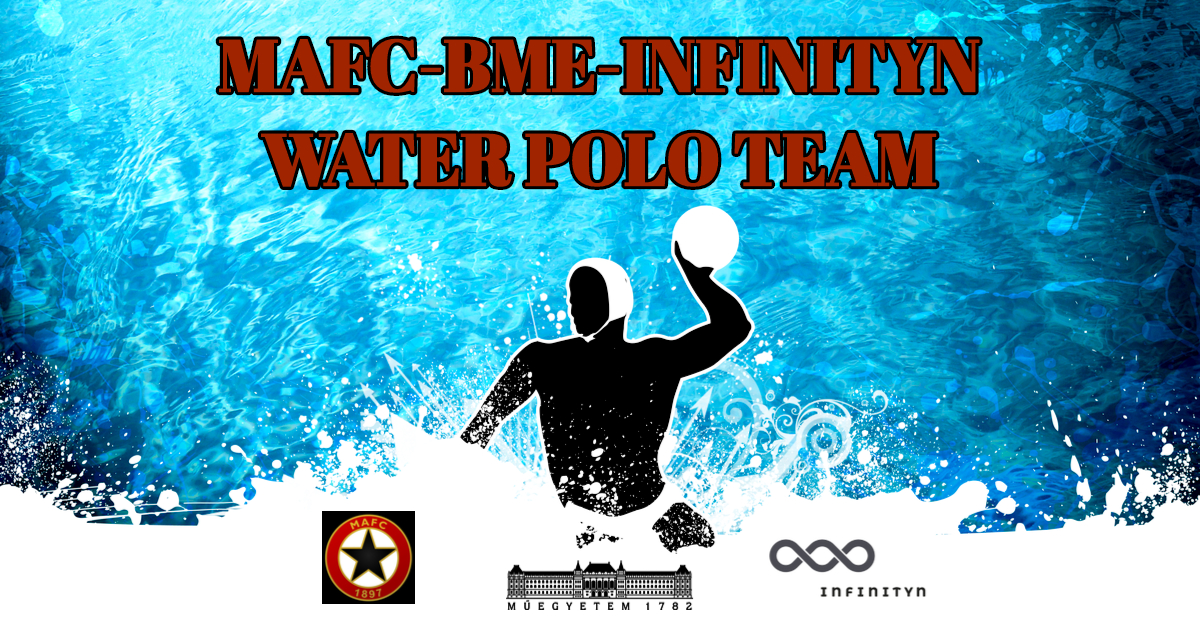 Is your company actively sponsoring culture, sports, non-profits or any cause? We are, and we have found multiple points of synergy in the process. We want to share the experience hoping that it can help you find new sponsoring opportunities that not only aids the sponsored, but also engages your organization.

Last year we started sponsoring a Division 2 men’s water polo team in Budapest, Hungary: MAFC-BME. This year, we're stepping up as name-giving sponsors, so the team is now MAFC-BME-INFINITYN.

The team is about to have their first game of the season which is exciting for us too. Why? As you will see from the article, this sponsorship actively contributes to our culture and performance at Infinityn. People find it surprising, that besides the financial contribution, they are also getting knowledge transfer from Infinityn. No, we are not coaching the guys on building stamina or curve balls, but we are transfering our experience in creating beast mode, flow and achieving peak performance states in people - something that is key in our day-to-day.

MAFC-BME-INFINITYN is a National League Division 2 club founded some 115 years ago at the Budapest University of Technology and Economics (BME), a prestigious university. The club even boasts a Hungarian Champion title from the distant past.

Of all the sports and causes we can sponsor, why did we choose water polo, and why this team?

The BME university is located a few short miles from Infinityn’s HQ and the team itself mostly consists of recent tech and business grads. This cohort also happens to be our primary focus in recruitment, so sponsoring sports at this university is, in a way, an investment in the health and well-being of our recruits. It also draws attention to Infinityn at the university and the wider uni/graduate community in Hungary and across the globe.

What you sponsor matters

Men’s water polo is a huge sport in Hungary. This may sound like bragging, (which it isn’t, because it’s true :) but Hungary is by far the winningest country in the history of the Olympics in water polo, as this chart from Wikipedia illustrates: 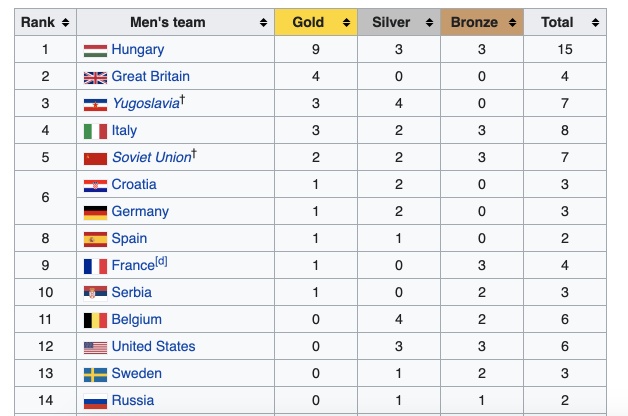 For us, Hungarian water polo symbolizes excellence and world-class performance - something which we aim for in business; sports is about health, teamwork, persistence, beast mode… and fun! These are virtues which we are actively building and weaving into our culture.

It’s no secret that Infinityn's founder also has strong ties to water polo; the process of finding a cause always starts with personal motivation, existing connections.

It's important to mention that MAFC-BME-INFINITYN is an amateur team, meaning each of the guys in the club have jobs or study at the university; they don't get paid for playing. Their aim is to live a fulfilling and balanced life and the virtues of fighting for one another and accessing their peak performance state at will is a huge contribution to that.

When you're sponsoring non-profits - be it sports or any other arena like culture or education: don't underestimate the knowledge/cultural transfer you are able to provide in addition to the financial contribution. People in your business have likely had much training and constant, conscious development in self-development and culture. This is often missing at the organizations that you support and what is second nature to you will be nuggets of gold to the leaders at many non-profits. The culture-transfer is often more valuable than the financial contribution.

As mentioned, the sponsorship goes beyond the financial contribution; the water polo team's leadership also gets advice from Infinityn on creating peak performance states in players and general counseling on building a culture where happiness and flow prevail. OK, but what does our company get out of sponsoring a team?

Supporting the MAFC-BME-INFINITYN team is not just an act that is only visible on our balance sheet and in a few marketing materials - it is something that engages our colleagues and builds the team; we are fans and regular visitors of games, where we have great fun getting together and rooting.

Besides being a lot of fun and bringing our company together as a team, visiting the games is something that creates a sense of “ownership of the sponsorship” for our colleagues. And the benefits don’t stop here.

Going nuts in the stands as MAFC-BME-INFINITYN wins a tight game, or cheering when they display great sportsmanship really builds morale and makes us proud. We believe, these experiences translate into better work at the office.

We wanted to spare lofty thoughts on CSR in this short article. Our aim was to share our experience on how any company can find synergies with the cultural or sports-sphere surrounding them. Sponsoring is not a one-off thing, it should be viewed as a process, a long-term partnership that builds both parties.

As we try to serve clients at a world-class level and shoot for the stars as a company, the MAFC-BME-INFINITYN team will try to win the division-championship in the coming years and become a National Division 1/B club in one of the most competitive semi-pro leagues in the world. It’s an amazing journey for both them and us, which is much easier and more fulfilling together.

Imagine; shirtsleeves rolled up, eyebrows knit together in concentration, we see our colleague making calls, tapping...

Helping Industrials through Digital Transformation and Automation with the Account-based Growth Framework.

Automation in the Industrial Sector for Growth

The turmoil of the last few years appears to reach new heights, as inflation, energy crisis and the...