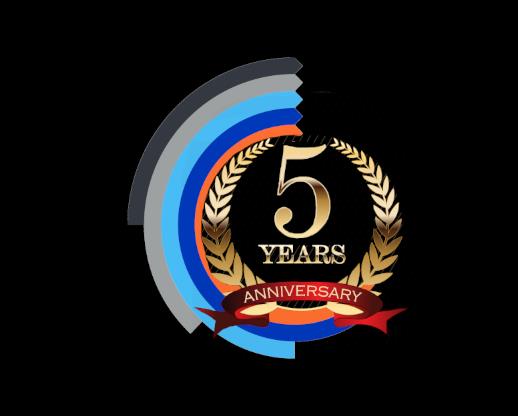 On a Monday morning, sipping coffee on the office balcony with my new colleagues, I hear them speaking about how the last five years have been a series of incredible feats and learning experiences. When we think back about all the times we were being trained, there were stories of glory and some purely fun memories that glue us together as a team, and as a family. And the one thing that is common among the whole team, is we each bring our own style into what we do. And that makes our approach unique on a personal level.

Everyone that I’ve been speaking to, especially the ones who have been through the entire five-year journey, agree that the root of our early success is our ability to do things differently than others. We were willing to go above and beyond what was expected of us, and dared to pioneer and test new approaches.

Being fast to learn, agile is a trait that is now in our DNA. From early on, we have been committed to testing, trying, failing and innovating. This iterative mindset has led us to discoveries  and methodologies that have become  standard practice over the past years.

Keeping in mind the research I had to do for our anniversary article, I casually ask my colleagues short questions on our culture, work ethics, and other key characteristics that define Infinityn. Since I’m the new writer, everybody was excited to tell me their take on the organization.The conversation thereafter structured everything you’re about to find out!

Four mega take-aways from five years of growth (and fun!)

When embarking on important anniversaries, the conversation often steers to the lessons learned from the past, and it was no different this time. If you had to name just three things that made Infinityn go from 10 to 70  employees and hundreds of millions of pipeline for its clients, what would they be? After quite some debate, the leaders settled on four major learnings/concepts and components - meta-factors - that got us here:

Of course, these are the hard-core business learnings - but our actual progress is a maze of stories that are personal and colorful. We sat down with a few members of the team to have them provide a glimpse behind the scenes. It’s a cliché but it’s true: Our biggest asset is, no doubt, our team. And how Infinityn was built over the years is a story best told by them!

ON THE OCCASION OF OUR FIFTH ANNIVERSARY…

A couple days later, with a hot cup of coffee, we sat down over another Microsoft Teams meeting to hear about the experiences of our people, working and growing with Infinityn. Staring at the faces of people I only met a few weeks ago, I was all set to interview them. We started with Ron David, Client Success Director who played a vital role in cultivating a structure and culture for our team. He has been instrumental in empowering the sales team to flourish..

Besides the ins and outs of effective sales cadences, he teaches sales representatives to add value to prospects even outside the deal, to enrich their relationship. He managed to bag 16 SQLs in his first attempt while the target was only 12 SQLS, and his over-achievement even encouraged a client to initiate their second pilot with us!

Ron has a rich history with sales and has covered cold calling, telesales, and full-cycle sales processes. He has worked with small to medium-size businesses, complex industries like Insurance, and Blue Chip stocks.

When we asked about how Infinityn was different, he answered “I never had the chance to solely focus on the beginning stage of sales, which is very crucial. Infinityn taught me that the formula to success lies in the little things. The first word or even the way you say hello can determine the possibility of a prospect turning into your customer.’’

Ron observes that it is very different to work with a young team. Unlike experienced sales candidates, he finds it interesting to see how the ideas of Gen Z work. While someone with five years of experience in sales is outgoing and set on achieving all their goals, someone that just graduated from University will have a  different approach while doing sales.

But he now understands how to reach out to people of all ages. He advises his team to watch out for proven methods and to master them. “I always practice my pitch. I underline certain words. I even know where there is a pause or an emphasis and change in tone. It’s like preparing for a play.” He adds. “So pitch it in the mirror while you brush your teeth, pitch it to your friends. Do it over and over until you perfect that pitch”

BUILDING AN AIRPLANE IN THE SKY

Bence Bako has been with us for over a year and a half and has seen us evolve from a downtown coworking space  to a beautiful office space overlooking the serenity of Budapest. He uses a metaphor to explain the growth of Infinityn, stating, “We started like an airplane being built in the sky. We didn't have an engine, we had only wings which was our motivation. And we weren’t sure if this would be a nice flight or a disaster. So we gave it our best and built it on the go.” Bence studied Philosophy and Mathematics. His curiosity and problem-solving abilities have landed him where he is today.

With the size of the office space, another thing that has expanded is the size of the team. A ten-member team grew up to 60-70 members over the five year period. More people have been added to the teams.

HOW WORKING AT INFINITYN CHANGES YOU
We caught up with Valerio Fonsmorti, Head of Growth & Partnership, to ask him how life has changed since he joined Infinityn. As someone inspired by Robert Bukits, our Managing Director, and wanting to follow his footsteps to establish his own business, Valerio joined the team in December 2018 and has since then laid a concrete path for the growth team. He has contributed to create a foundation for our services with the leadership and support of Ron and Tamas Motajcsek  by focusing on the value proposition of the client. “Once we tasted success with a client we tried to replicate the process for our own Infinityn. Of course we had to make many changes on the way, but that’s how we approach the Agile method.”

He has initiated several successful projects under the Agile Account-Based approach and the constant improvisation sometimes shakes up stability or creates confusion. However, he says that their experience and expertise has never let them fail. “There are many changes here and things are so dynamic that sometimes you don't know what your task is. But you never lose the idea of what your mission is. It is to grow together with the company, regardless of the current situation of the resources.” He says.

Next on our list, another Team's Meeting introduces us to Jackson Lin, senior ABSD, who credits Infinityn for creating a strong sense of discipline in him. Since we are unlike any other sales and marketing organizations due to our Account-Based approach, we have an iterative process. To be successful in this we need discipline.

“As an ABSD, I learned a lot about discipline. I realized after seeing how the performance of my colleagues got better and the top performing candidates relied on it, I knew disciplining myself was the key to success. Some people, if their goal is to make 100 calls a day, they do more than that. They are overachievers and that has developed the organization so much. And these are the lessons to watch out for.”

He adds that Infinityn has a fun way of inducing discipline in people. We have a Happiness Manager who is always working on creating activities and opportunities to cheer up the team and check on their wellbeing.  By keeping them happy, people are self-regulated to perform the tasks and complete deadlines. “Before COVID we had many fun traditions to make sure people were disciplined. Whoever came late had to buy pizza for the rest of us.” He giggles. Now that is a tradition we need to bring back! Jackson has fond memories of how the whole team gathered for meetings every Friday and that kind of emotional bonding motivated him to work hard.

WHY WE ARE SO CULTURE-DRIVEN

Every Friday during our general meeting Robert Bukits spins out his playlist to energize the whole team. And as a part of this fun meet, other than exploring great music we are also reminded to use our humanistic perspective to bring in personalized methods into our work culture. Our human element has proven effective overtime in winning the trust of our prospects, and strengthens the bond for us to create more business opportunities thereon. Yuriy Koshulap, Senior Business Intelligence Specialist, says that the nature of the job helped him develop his interpersonal skills which have been useful even in his personal life.

Even though he was overwhelmed by the highly proactive group and their passion for the job, he was equally impressed with it. He sees such fierce determination in his colleagues that he is very confident in the future of the Infinityn legacy. “The present is as secure as the future and the future is as secure as the past, historically speaking. There has always been the need to trade things. Buying and selling is an essential part of life. And this profession will always be needed for that to happen.” He adds.

With more people growing aware about advancements in innovation and opting for high-tech solutions in their daily life, he is confident that Infinityn will continue to bridge the gap between businesses and solutions. He smiles confidently as he says, “People need progressive solutions and we are here for it.”

Rebeca Baross, senior ABSD, considers her success the result of the BeastMode and is appreciative of the culture that has been set for us. “I learned that Infinityn treats each other like family and even I feel the same as we can always count on each other. The work at Infinityn is very unique and Robi makes it that way. The approach to problem-solving and the way they treat their employees proves that it's not just about selling here. Everybody is cared for.” Rebeca worked closely with the entire team during her initial days. According to her, the team focuses on increasing the quality of your engagements over aimlessly chasing numbers.

The stories of our players bring in vivid perspectives from all our teams. To find out what Robert Bukits has to say about our 5th year anniversary, check out the video below!